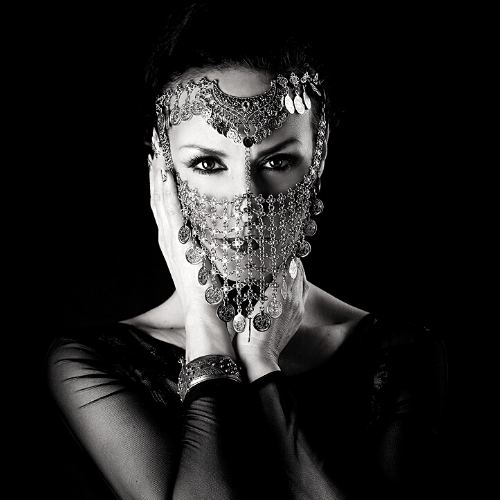 “Many say that life entered the human body by the help of music, but the truth is that life itself is music”, the great Persian Sufi poet and mystic Hafez once wrote.

What made him say this? He referred to a legend which exists in the East and which tells how God made a statue of clay in his own image, and asked the soul to enter into it. But the soul refused to be imprisoned, for its nature is to fly about freely and not to be limited and bound to any sort of capacity. Then God asked the angels to play their music, and as they played the soul was moved to ecstasy. Through that ecstasy, in order to make the music more clear to itself, it entered this body.

It’s no coincidence this is one of the favourite quotes and stories of the multitalented Belgian-Moroccan DJ, songwriter and singer Fatia.

As with all great artists, her music and stage presence have the power to breathe life into dance crowds and lead people all over the world to the brink of ecstasy.

On her paternal side Fatia was born into a Berber or Amazigh tribe in the High Atlas. ‘Imazighen’, the plural of Amazigh, means ‘free, noble and/or brave men’ and freedom was vitally important in Fatia’s life, as an independent woman and as an artist with a strong personal vision. This led to her idiosyncratic musical style she baptised ‘Fatia music’: a mixture of ethnic live instruments, hypnotic North African and western rhythms and sounds, and different types of house music (from deep and melodic house to uplifting tech and tribal).

Born in Belgium, she spent 3 months every summer holiday with her family in Morocco until the age of 14, travelling back and forth between Marakkech and Telouet (situated in the High Atlas Mountains) and got to know the local culture and traditions very well.

From an early age Fatia wanted to perform, beating on her mother’s pots and pans with wooden spoons, designing her own stage outfits and inventing her own little choreographies.

​At the age of 13 she started clubbing, chaperoned by her mother. Three years later she became a professional dancer in the Belgian clubs and the lead singer for a local band. What began as a passion for dancing and music eventually sparked her inner fire and drive to become a professional DJ.

Having achieved widespread recognition in her country via numerous clubs and festival performances, it was in the year 1998 when Fatia finally got the chance to travel the world as a DJ and perform at Space in Ibiza, the Summer of Love festival in the Czech Republic, the Rojam Club in Shanghai and in Russia, Japan and Australia.

Today, after a three-year search, she has finally managed to bring together her experience as a DJ, her singing and songwriting skills and a circle of musician friends to create the unique Fatia sound.