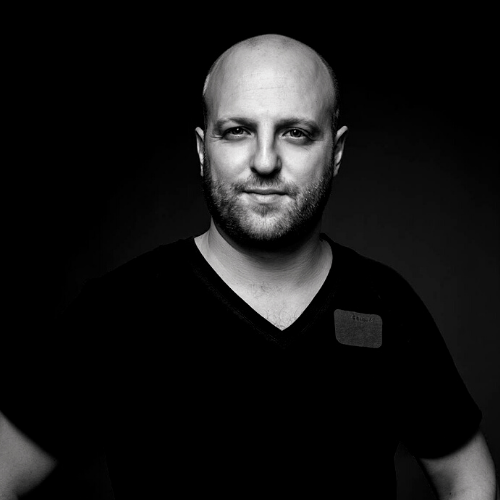 Hailing from the borderlines of Belgium’s capital, Nico P is a Melodic House DJ and underground veteran of the electronic music world. For nearly two decades now. Nico has continued to provide a smooth, deep, yet danceable and melodic soundtrack to the city of Brussels and beyond. A signature sound that has made him stand out from his peers and gain steady online recognition for his talents over the years. His diligent, consistent work has gained him acclaim in Belgium’s thriving deep house scene. As well as becoming a household name to many party-goers that swarm to the dancefloors of the city every night.

Nico got bitten by the music bug at the ripe age of just 14 when he became infatuated with the electronic music of Belgium’s booming club scene in the ’90s. Spending years listening to mixtapes from the local nights, he eventually started DJing himself. After being exposed to the local nightlife and seeing top DJs performing live, Nico knew that he needed to get out there and make a name for himself. So began his music career. From this moment on, he was hooked and eager to share his passion with the world. Starting out performing at small parties to develop his craft, Nico worked his way up to becoming a staple within the regional Deep House culture. His stage name Nico P, eventually becoming a regular sight on event flyers up and down the country at famous clubs such as Fuse, La Rocca, and many more.

Things couldn’t be better for the artist these days. With time has come maturity, not just for Nico as a person but in terms of his art and career. Thousands of performances later and his sound has now developed into something instantly recognizable as his. Noticeably resembling a plethora of genres, combining influences reminiscent of old-school sub-genres such as Techno and Progressive, with the modern sensibilities of Deep & Melodic House. His experience and overall skill at what he does, has seen Nico perform alongside an array of high-profile musical talent over years. Gaining slots at many major festivals such as the Sunrise Festival, Extreme Outdoor, and Ibiza Beach Festival. Regularly on the same bill with names such as Gabriel Ananda, Eelke Kleijn, and others… Nico was also appointed the editor and eventually resident artist of the music agency ‘Deep House Belgium’ in 2014. A brand that boasts an online following into the tens of thousands. He currently manages the label and lives a second life as a producer, having received support from artists like Solomun, Kevin de Vries, and Nic Fanciulli, just to name a few.